This website provides county-by-county harvest reports for bear, deer, and turkey for the past three years.

The following are the total number of Virginia raw fur pelts purchased from hunters and trappers by licensed fur dealers during the 1964/65 - 1999/2000 fur harvest seasons. 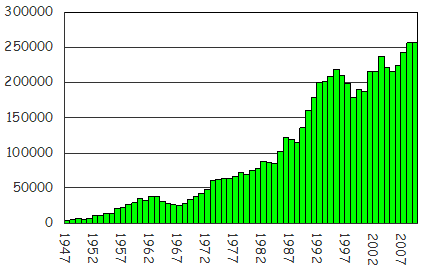